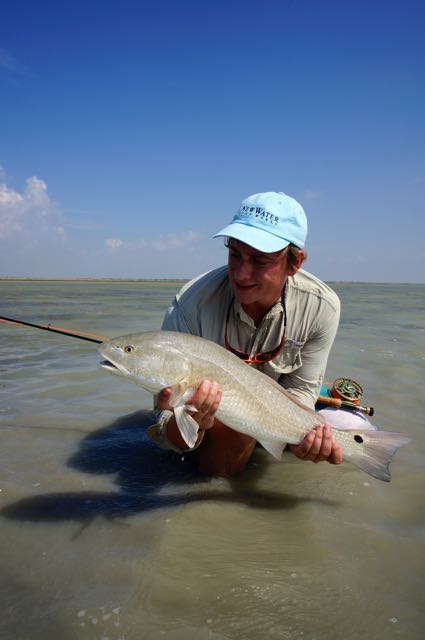 I guide an old client tomorrow--John Karges, a Nature Conservancy biologist who appreciates the Lower Laguna as much as anyone I've ever met. It's great to be with someone who looks at Nature through a deep and sophisticated lens. The feeling of the sacred is always closeby when I share my home waters with someone who is so awake.

I had a great fishing day with my son a few days ago. We found the big reds in the "hall of the giants," a back lagoon where the larger reds tend to feed. We got there at 9 am, later than usual. But they were there, feeding aggressively. After I landed an oversized red, I called Ryan over and suggested a particular line for him to follow--up against a grass bed. He immediately caught a smaller red, and then a few minutes later hooked his own oversized red. We're not into numbers, so he escorted his fish back to the boat for a photo, and we went home happier than we'd been together in a very long time. Fishing can deepen and renew father-son bonds. I give thanks that we share flyfishing. So many fathers and sons don't share a common language. Consider teaching you son while you still have time. 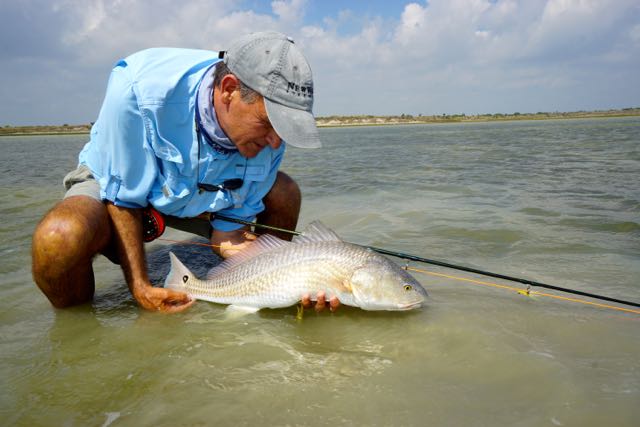