Finding Fish on a Windy Day

I went out with my guide friend John Pilmer this past Sunday. I may have stayed in port if I'd been able to access the forecast, which called for 20-30 mph winds; but all I had to go by was the flag that flies at Channelview RV Park, which was barely erect at daylight.  Wind doesn't bother me much anyway, and the gentle breeze suggested a pretty fine day on the sand, at least. John joined me on the dock at 6:30, and we took off heading for some westside venues, in search of gulls working over podding reds. Alas the birding was not "on," so we ended up on the sand two hours before the sun would give us sufficient visibility for sight casting. 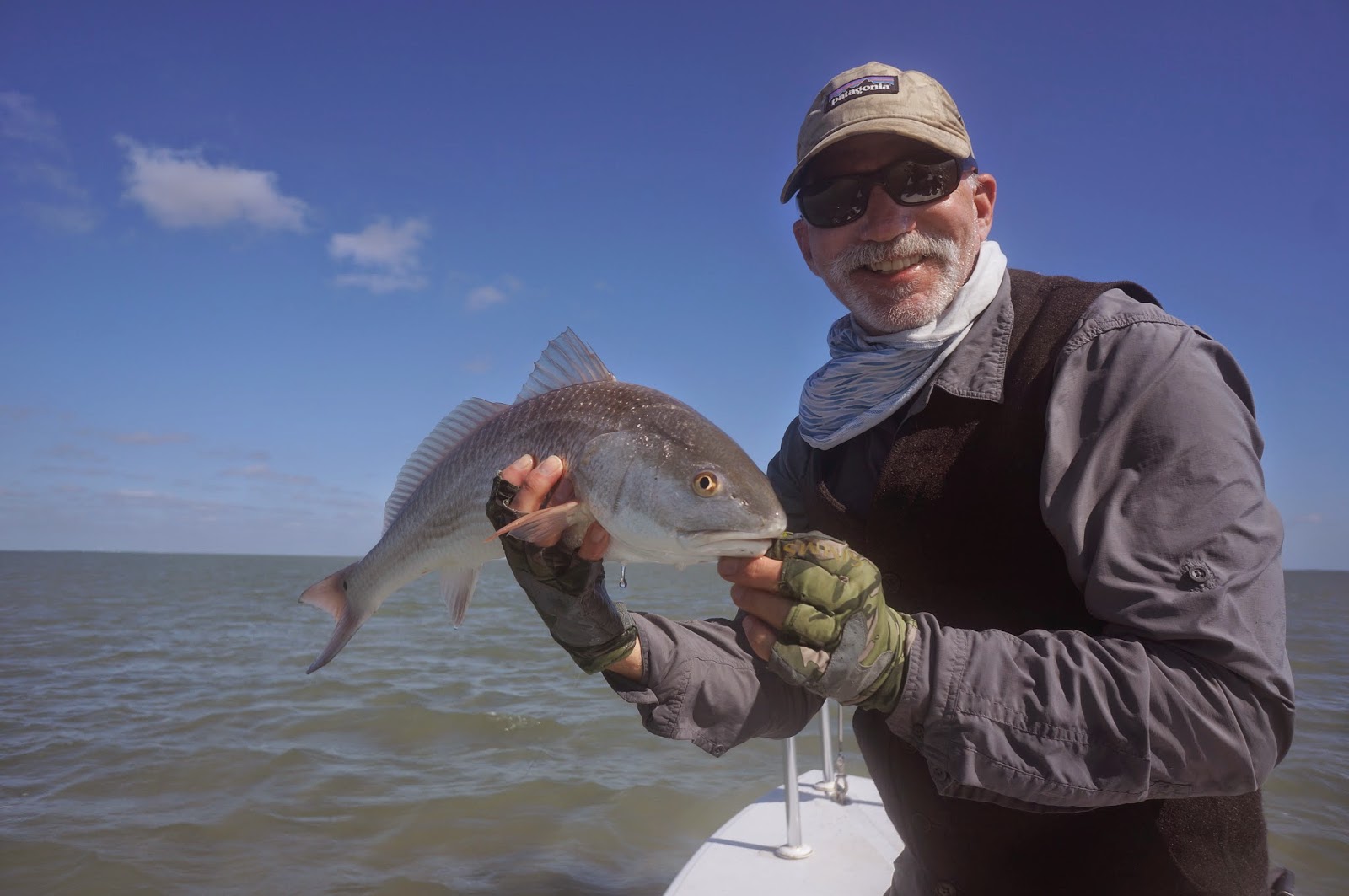 Even though we arrived on the sand too early for sight casting, it was clear that the fish were there from the blow-ups that we saw as the boat drifted north with the 15 mph wind in 8 inches of water. We poled along the edge of prohibitively shallow water in order to see whatever was there. Slowly, the sun rose in the cloudless sky, giving us progressively better viewing until the fish began showing up 30 feet, then 50 feet ahead of us. Unfortunately, just as the conditions reached "acceptable viewing," the fish seemed to disappear, and we found ourselves encountering fewer and fewer reds on  the sand. John pulled a great cast out of his hat, and hooked up on the first red of the day. After landing it, we drifted for another 20 minutes before I blew my first decent shot of the day.

We ran up to the East Cut and had some good shots near the channel before heading back south onto the sand, where the reds were gathering in greater numbers. We had several shots, and John landed a second red while I hooked up and lost one. The fishing was getting better and better, but we decided to go in, given that Julie was at the trailer, and John's new dog Danny was probably missing him. It was a great early season outing, and we could have caught many more fish. But neither of us need to catch many before we're happy.
at March 31, 2015